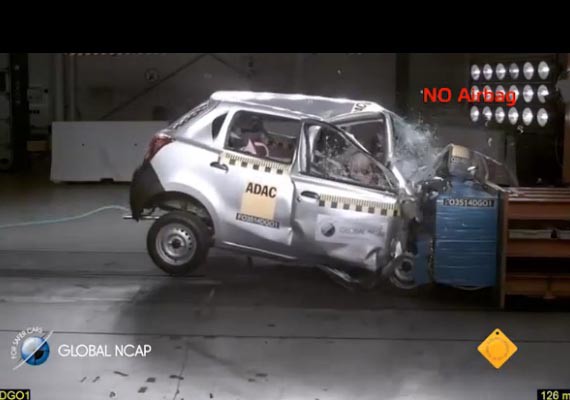 Why Nissan’s corporate reputation deserves to crash and burn

But not if you’re an international car giant, apparently. Irrespective of your existing corporate reputation.

It’s a brand new car. Recently launched in India. This is madness.

The car is so unsafe, that even if they fitted airbags, it would make no difference to the test results, because the car’s body is so flimsy.

There is no way Nissan would even dream of launching it in Europe, so why is it OK to launch it in India?

GlobalNCAP, the internationally-recognised car testing body are urging Nissan to withdraw the car from sale in India until it’s been improved.

Nissan should do so, and should also change their approval processes in future. A car this unsafe should never be approved for production. Even though it may well pass local safety regulations, car manufactures have a duty to be better than the statutory minimum. Carlos Ghosn, Nissan’s Chairman and CEO has a responsibility to act. And act quickly.

Thanks to GlobalNCAP’s campaigning stance, as part of the UN Decade of Action on Road Safety, Nissan’s global corporate reputation is at stake. But more important than that, so are thousands of Indian lives.

This is a classic example of crisis communications in action. The right course of action for Nissan is to hold their hands up and correct the corporate mistake. And then communicate what they’ve done. They can’t spin themselves out of this one.